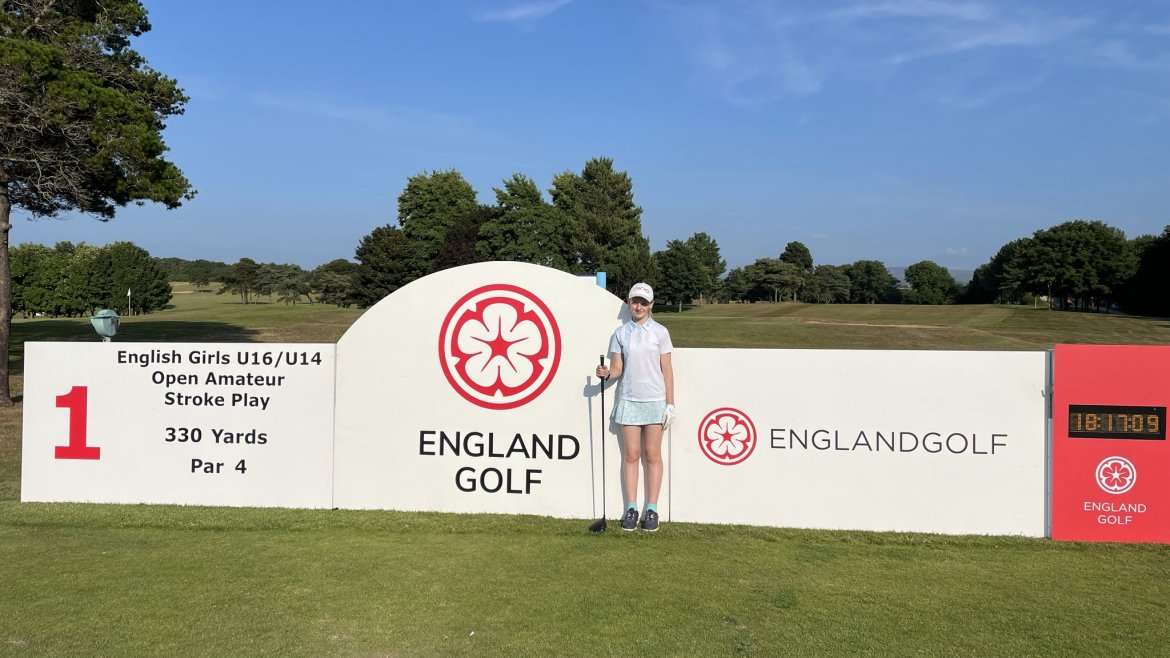 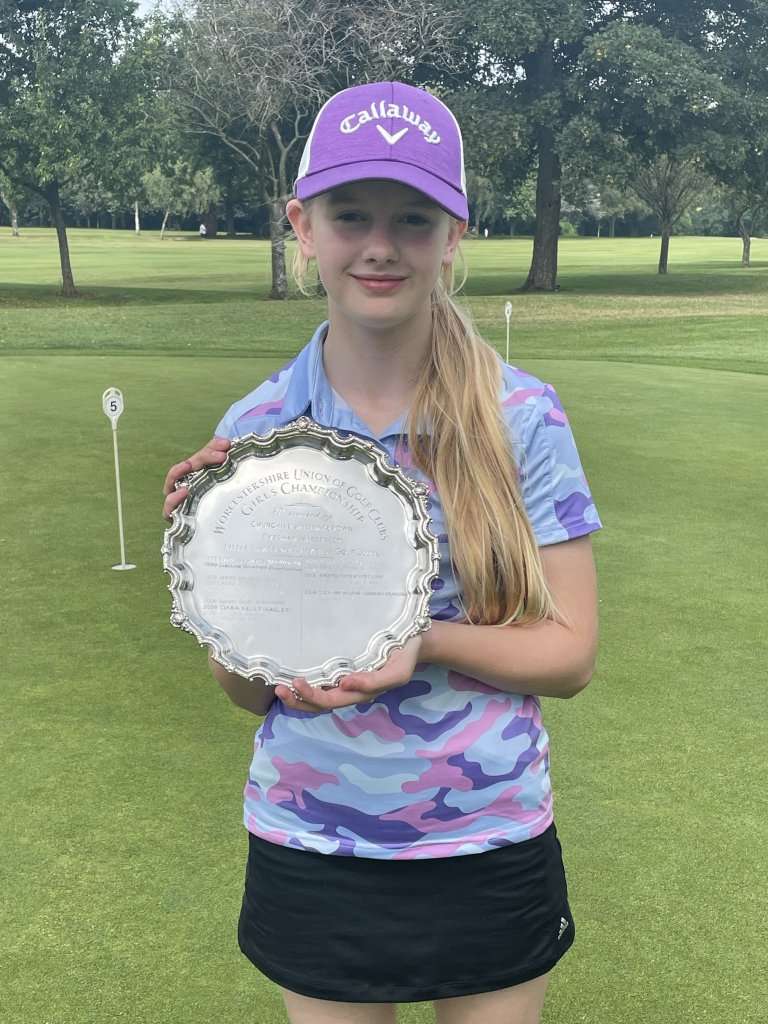 Worcestershire & Herefordshire County Championships
Maisie played in the 18 hole competition at Moseley Golf Club in the Girls County Championships on 23rd July, and entered the 18 hole silver slaver.  She scored 41 Stableford points playing off 8.3 (9 shots), and her round included 4 birdies and 1 eagle (on the par 5 13th hole) carding a 77 gross and winning the Silver Salver. 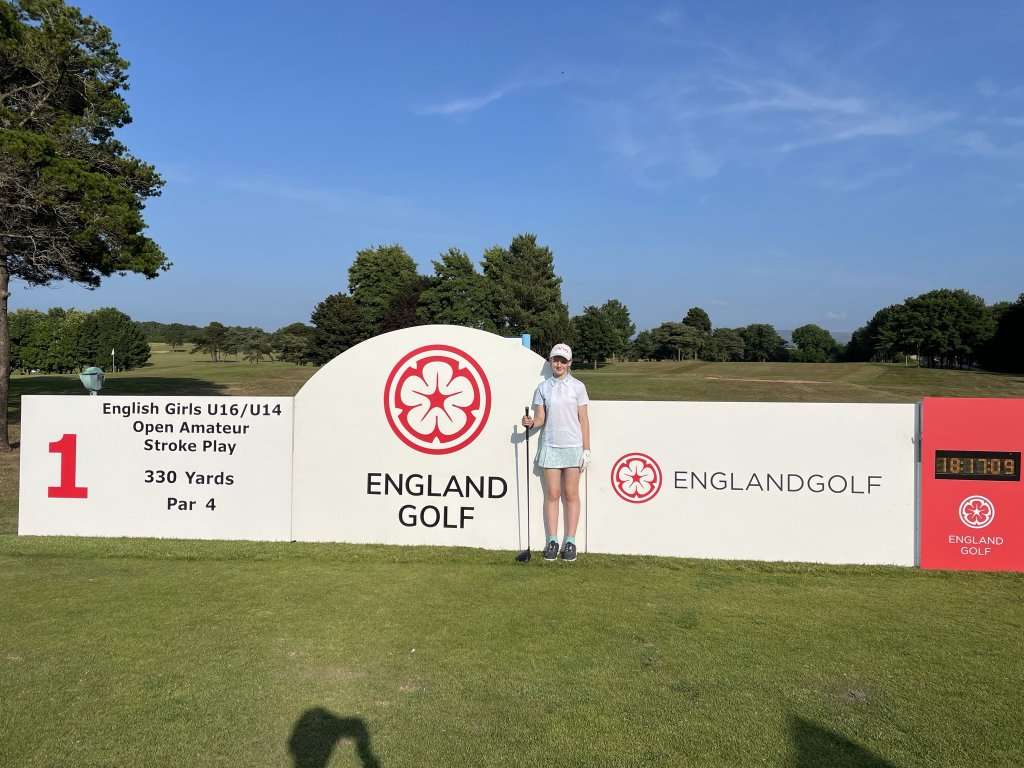 Playing off the championship white tees on a course heavily protected by the coastal wind was sure to test the young players over a week where the weather was set to worsen each day.

The practice day on the 26th July went well, played in scorching sun and strong breeze, where Maisie made 4 birdies and 1 eagle (on the par 5, 15th hole), however it also identified several tricky holes which awaited the all players as potential “card-wreckers”.

On Day 1 Maisie shot 82 gross, which included 3 birdies but she gave them back on the tricky 6th hole by dropping 3 shots on this hole!  Day 2 was similar, and after a very early tee time Maisie shot 82 again which included 4 birdies, but an even worse 6th hole where 4 shots were dropped!  After two days of play Maisie was 18 over gross (even par, Net) placing her in the top 40% gross and therefore narrowly making the cut by a single shot in the U14s gross division to enable her to compete in the final round, which given she was amongst the youngest competitors there at 12 years old was a great achievement in itself.  She was sitting in 4th place Net overnight and only 3 shots back from the leader, so still in with a chance on the final day.

The final round saw the weather take a turn for the worse, winds picked up and battered all of the young players with 30-40mph wind, and driving rain came in horizontally throughout the round making the course play even harder.  The final round saw her make 1 birdie, she got the better of her nemesis 6th hole, but succumbed to a triple bogey on the tricky double-dogleg 4th hole to shoot 83 gross (+1) net and posted the clubhouse lead after her round.

The wait in the clubhouse was tense as Maisie watched her score of 220 (+1 over par Net after 3 rounds) steadily rise to the top of the leaderboard as the other players dropped shots, and no one else could make a charge in such tough conditions.  3 players finished on +1 Net but with Maisie’s final round being the lowest of the final day, she took first place on countback to become England Girls U14 Champion (Net division), and also finished a respectable 14th place gross.

Congratulations to Maisie, and also for receiving a handicap cut down to 6.8! 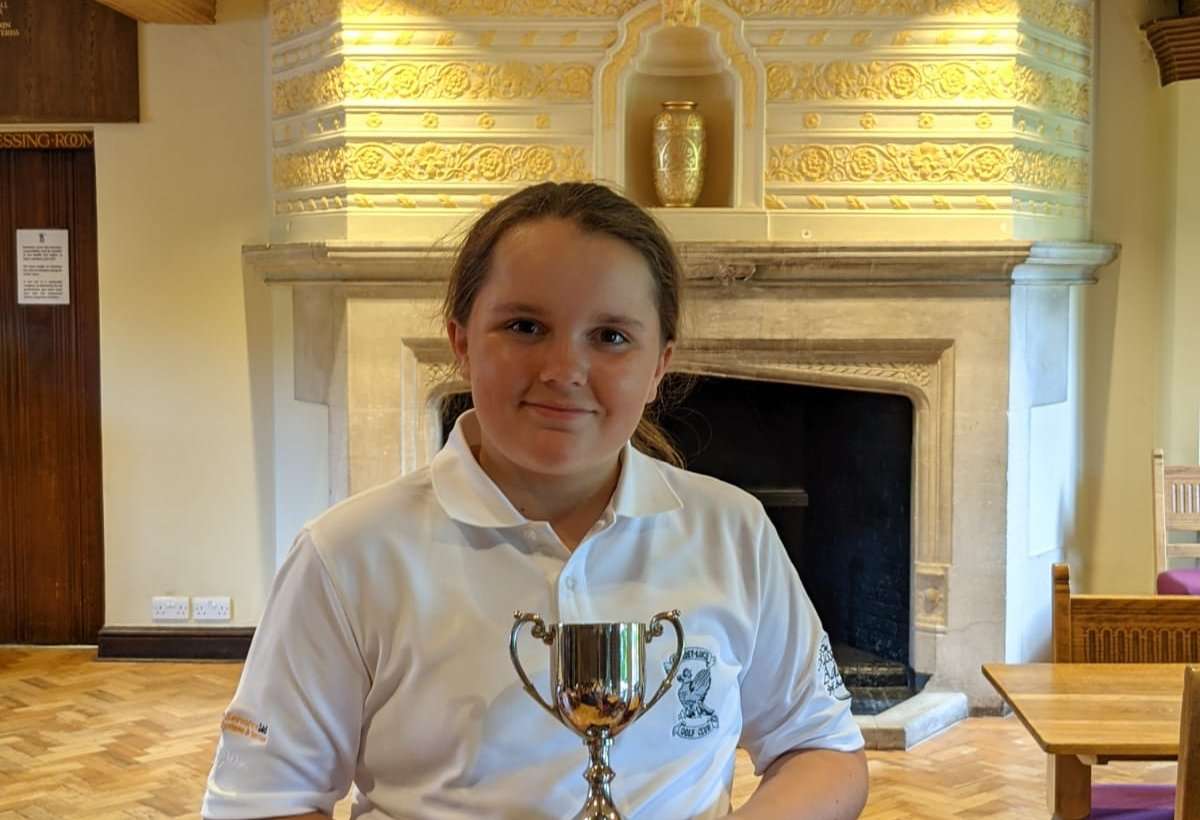 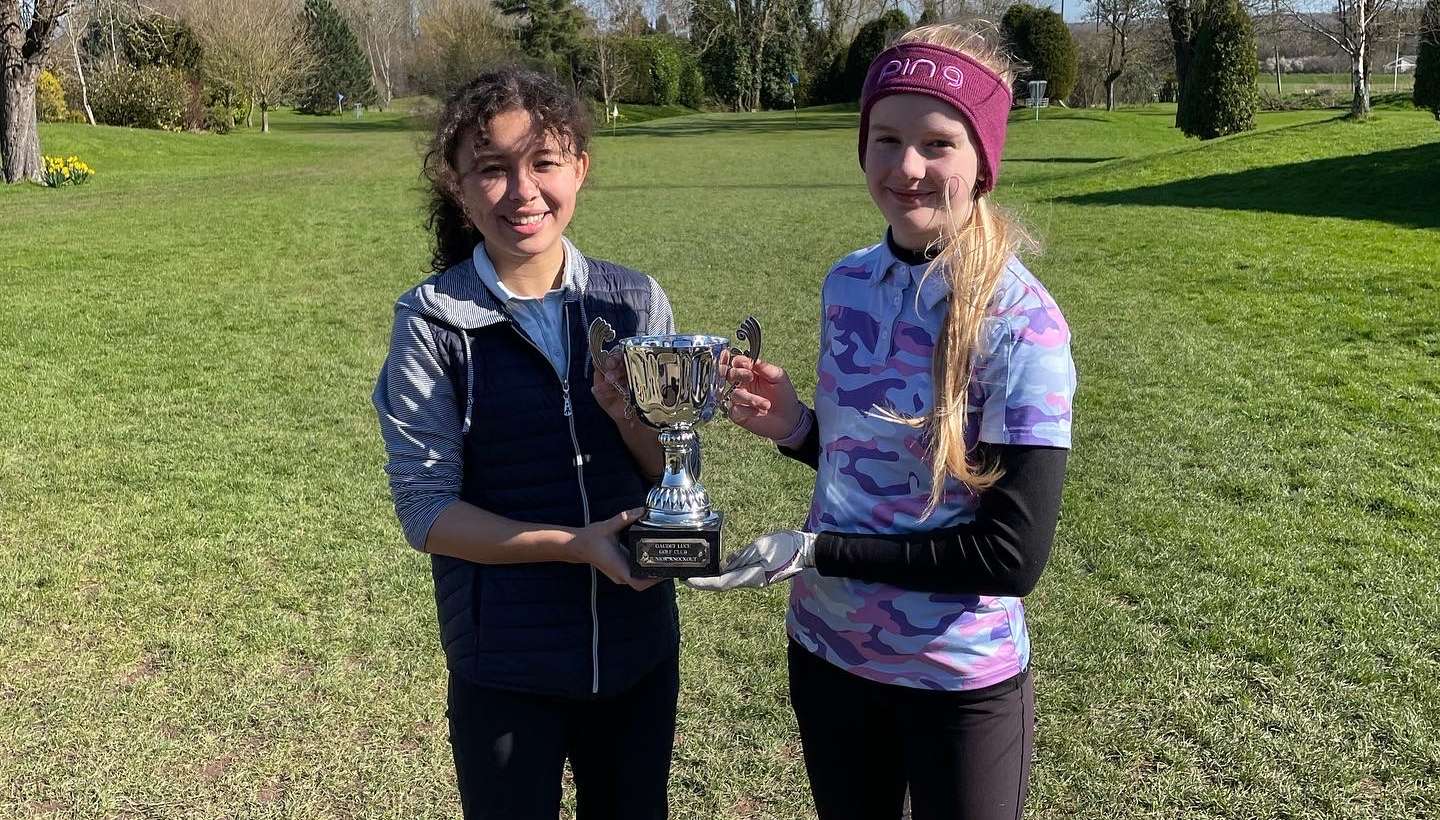 A pair of Aces in the Junior Hadzor Knockout!