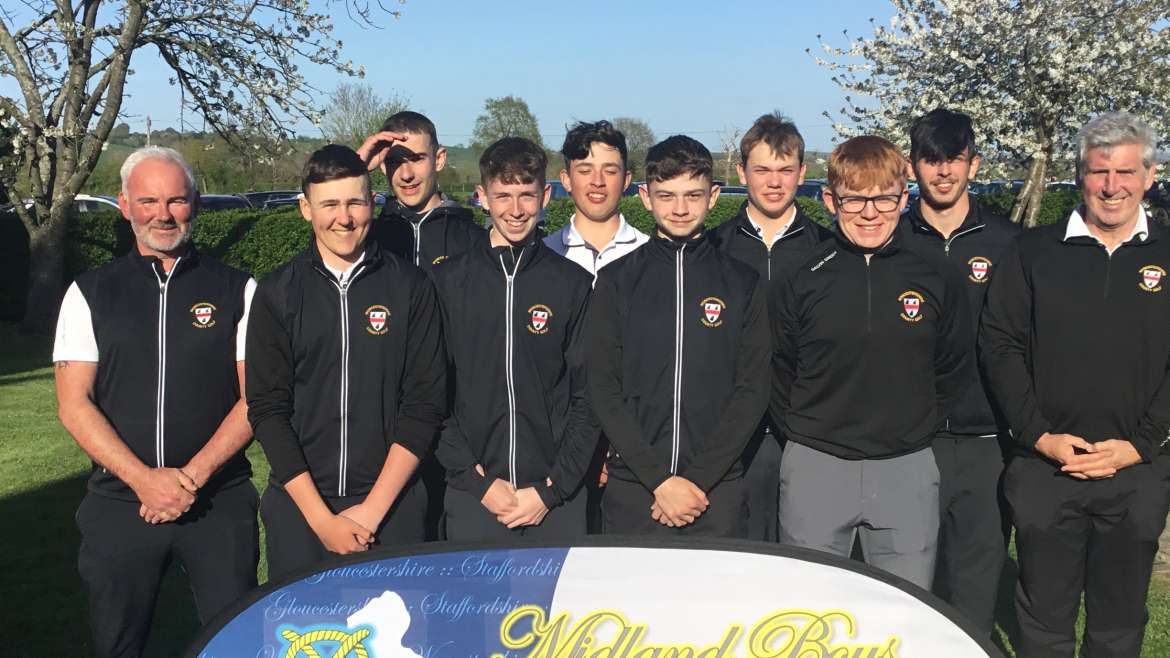 The annual Midland Boys Four Counties U18 competition got underway at Stratford Park GC with Worcestershire, Gloucestershire, Warwickshire and Staffordshire doing battle over the 2 day event. This is a prestigious event with players such as Chris Wood and Andy Sullivan having taken part in previous tournaments. A team of 8 players will play singles match play against each of the other counties with the overall winner becoming the Four Counties champions for 2022.

Worcestershire got off to a tough start against Gloucestershire in very challenging windy conditions. Although some of the games were tight at one stage, wins from Louie Stott and Mark Hewlett and a halved match by Philip Krone was not enough to inspire the rest of the team despite all their efforts  and Gloucestershire eventually ran out winners by 5.5 pts to 2.5 pts.

After stocking up on their calorie intake at a fast food establishment and a good nights sleep, a rejuvenated Worcestershire team came out determined to forget the disappointment of the previous day and give ourselves an opportunity to win the competition by beating Staffordshire. With a slight change in player order, we got off to a good start by winning two of the first 3 matches with victories from James Ilsley and Philip Krone. Despite a valiant effort from Dan Wakeman who lost his match on the last, the lower order played confidently and did not give the opposition a chance to come back and the final three match were won by convincing margins by Tom Lennon (5&4), Mark Hewlett (3&2) and Tom Blizzard (4&2) to complete a convincing victory by 5.5 pts to 2.5 pts.

The demands of two days of competitive golf in windy conditions and an energy sapping hilly course would become a factor as the day progressed, and the outcome of the competition now come down to the last session. Worcestershire were still in with a chance of winning but the overall result was out off our control with Gloucestershire having won both their games and only a victory against the hosts Warwickshire would give us the opportunity to lift the trophy. In an exciting match where the potential victory changed hands several times the result would come down to the captain Philip Krone’s match on the 18th green. With wins for James Ilsley (6&4), Dan Wakeman (2&1), Mark Hewlett, (4&2) and a convincing victory for Elliot Jones (9&7), Worcestershire had secured 4 points but needed either a half point or a victory to achieve the match win we needed. With one match left to be completed, Philip Krone was 1 down standing on the difficult 17th tee but our captain made a fantastic up and down from a green side bunker to win the hole – all square playing the last. However, slightly wayward tee shots from both players left Philip needing to take a penalty drop and could then only manage to advance the ball into a fairway bunker. With his opponent on the green for 3 shots, Philip played a wonderful 60 yard bunker shot to 5 feet. With his opponent two putting Philip had to hole the 5 foot putt to halve his game and win the match – and with a confident stroke that’s just what he did giving Worcestershire a 4.5 – 3.5 victory.

Although our last days efforts did not result in overall victory as Gloucestershire beat Staffordshire in the last match, it was an outstanding effort by all the team with every single player contributing points over the 2 days. A special mention to 3 players who had a positive match record: James Ilsley, Philip Krone who remained unbeaten and Mark Hewlett who had a 100% record with 3 victories.

As always my thanks go to all the parents and the Worcestershire officials of Ian Rone and John Whitehead and especially Mark Hewlett and official referee and starter Tony Edwards who supported the team over the two day event.

Also our thanks to Matt Nixon of Warwickshire Golf Union for organising the tournament and to Stratford Park GC for their hospitality throughout the event. 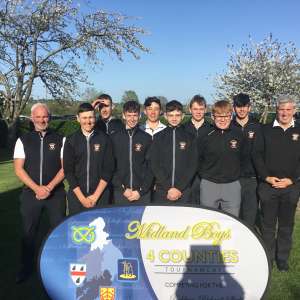 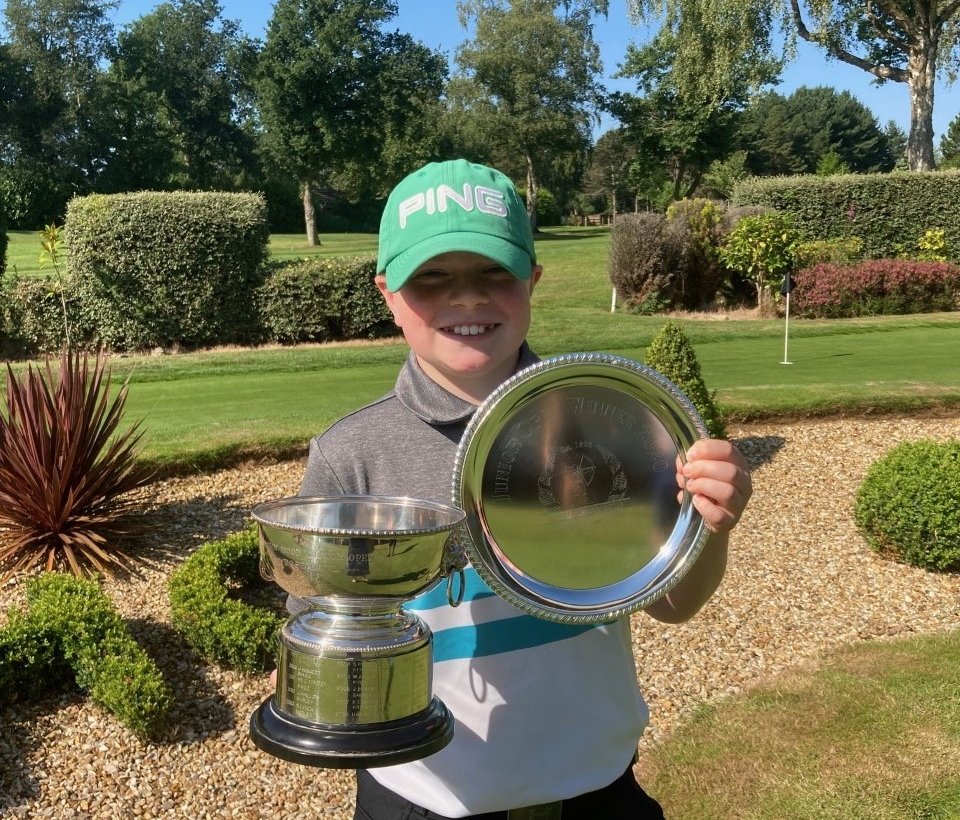 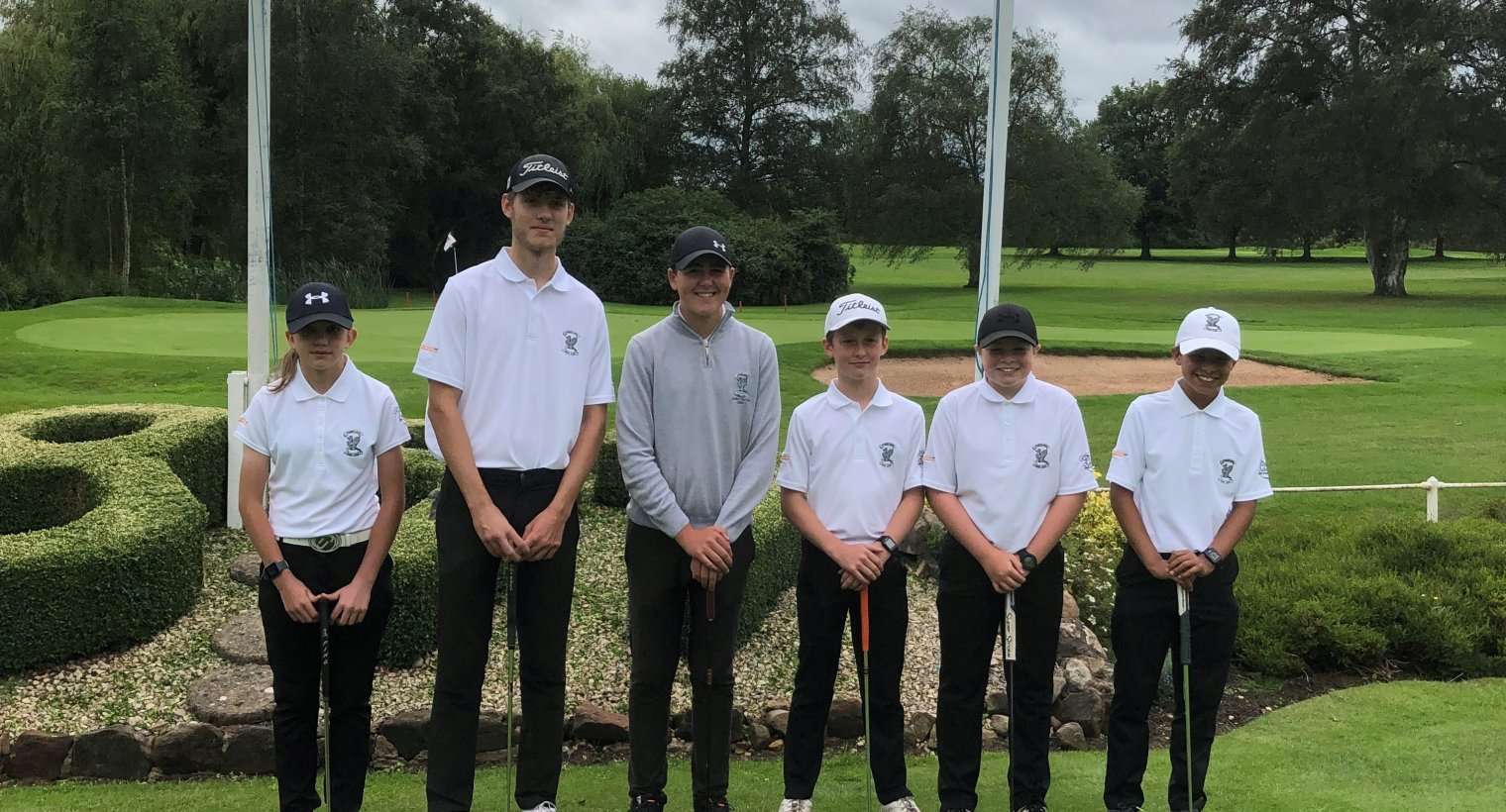 Gaudet Juniors Win Away To Droitwich