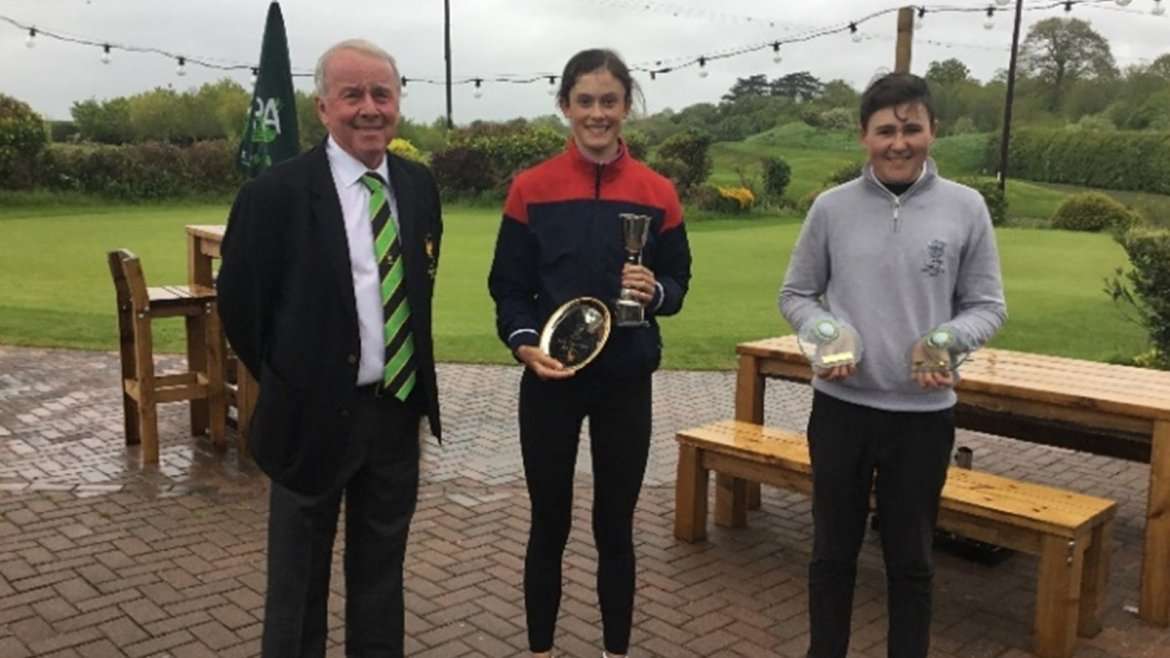 Gaudet Luce Golf Club held their 2021 junior open on Sunday 23rd May, following its absence the year before due to COVID-19 restrictions.  Previous events have generally been held in fine spring weather, traditionally the last week in May before the late Bank Holiday.  However this year, weather conditions were not so kind, which results in perhaps one of our toughest Junior Opens in terms of scoring conditions.

Despite several weeks of unusually high rainfall in the weeks leading up to the event, and terrible forecasts predicted for the day, the morning of the event stayed reasonable dry, and the event went ahead as planned, but under wet ground conditions.  Despite the rain trying to hold off, we had not however predicted just how windy the day would be, which presented the greatest challenge to players, with gusting winds forcing many players to explore parts of the golf course usually reserved for scenery!

Our Junior Event is always well supported, not just by players but also by our generous sponsors; The Junior European Open, Compass Computing and Fire Safe Services Ltd, in addition to our Junior Section committee and members.  The 18 hole event was a County Order Of Merit event for both boys and girls, and a Justin Rose Telegraph Junior qualifying event too, which ensured that plenty of prizes, trophies and accolades were up for grabs.

Our 9 hole mixed stableford event, featuring the higher handicap juniors arguably caught the worst of the weather, teeing off after the 18 hole event and playing through the afternoon’s stormy conditions.  This required plenty of resilience, however all players competed in great spirits, and we heard fantastic feedback, praise and enthusiasm from the various supervisors that accompanied the playing groups.  The 9 hole Stableford results finished with Aidan Cunneen (Redditch Golf Club) in first place with 15 points, followed by Alex McVeigh (Gaudet Luce GC) in 2nd place with 13 points, narrowly ahead of Matthew Griffiths (Gaudet Luce) and Arthur Hanks (Gaudet Luce GC) just missing out on the places with 12 points each.

The 9 hole nearest the pin prizes were claimed by Ella Ashton (Burghill Valley GC) for the girls, and Aiden Cunneen (Redditch Golf Club) for the boys.

The 18 Hole Junior Open Girls event title was claimed by Olivia Williams (Churchill and Blakedown GC) with a fine round of 73, which was low enough to win Best Girls Gross by a clear 3 strokes, and also claim the 1st Place Girls Net prize too with a Net 72.  Olivia’s round was the only score under par on the day, showing just how tough the course conditions were, and her score deservedly finishing in first place in both categories.

The Girls Longest Drive was won by Holly Murphy (Kings Norton GC) and the Nearest the Pin was won by Olivia Williams (Churchill and Blakedown GC).

The Boys nearest the pin was claimed by Hayden Sarfo (Worcester GCC) and the boys Longest Drive went to Elliot Jones (Droitwich GC).

Our Junior Event would not be able to go ahead without the energy and enthusiasm of our Junior Committee, and our volunteer members who generously gave up their time to support our Junior Open by supervising, organising, donating, and helping.  We also wish to thank Gaudet Luce Golf Club’s Management team, who worked tirelessly with their greenkeeping staff to ensure this event could go ahead safely, and ensure the course was playable even in the difficult weather conditions we have seen throughout this year.

We very much look forward to welcoming all of the players back in 2022. 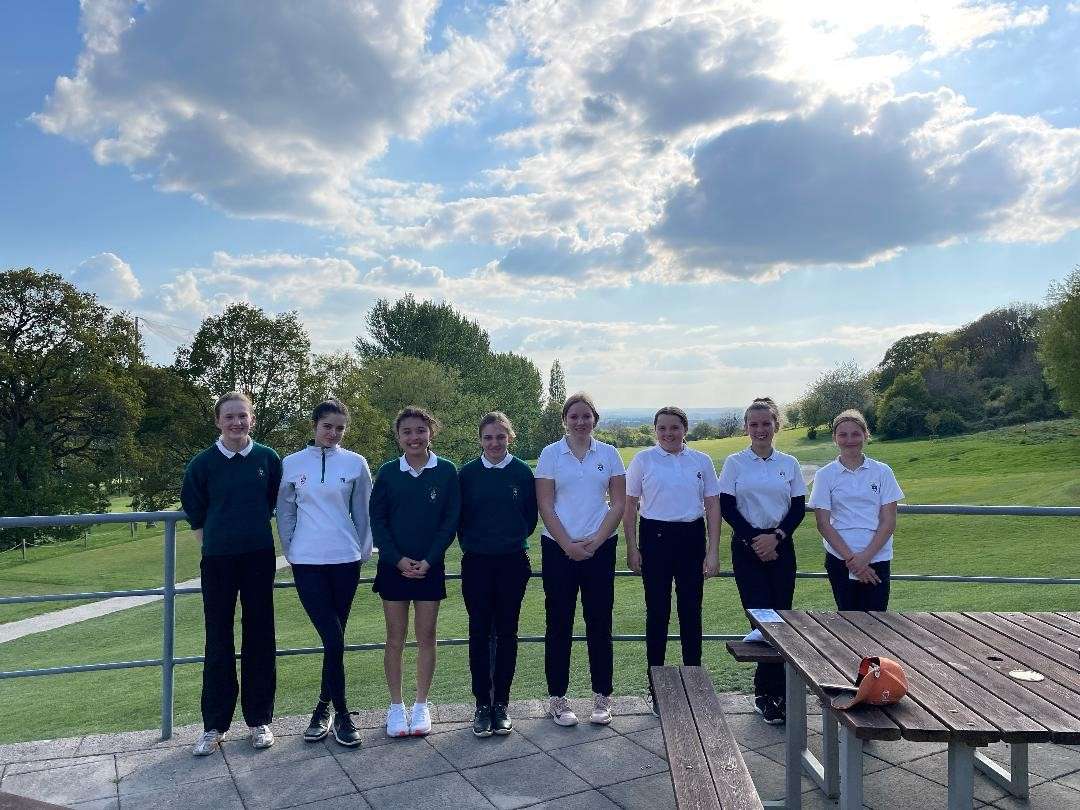 Worcestershire and Herefordshire Girls VS Gloucestershire 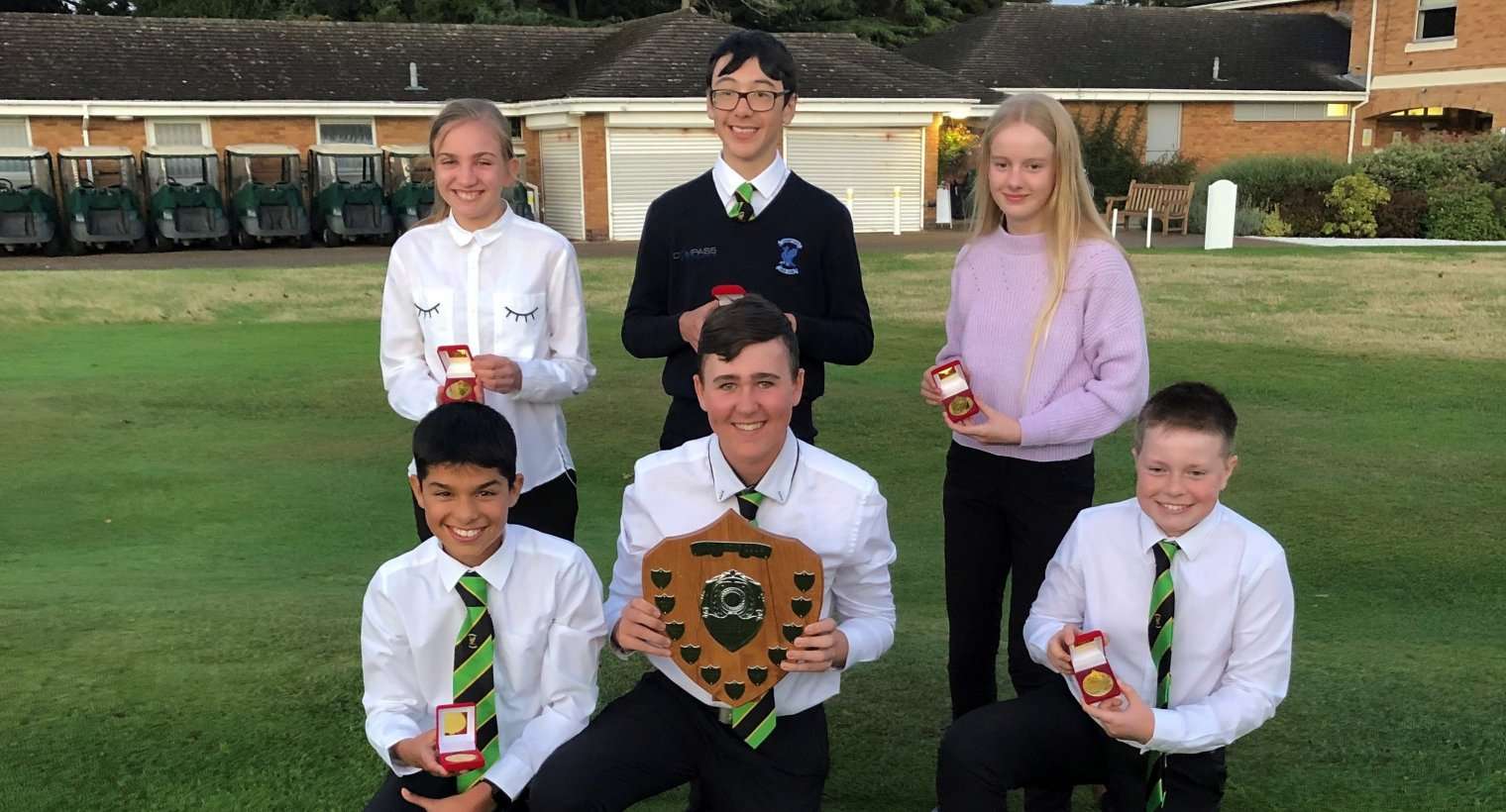 Our Juniors Are League Champions!