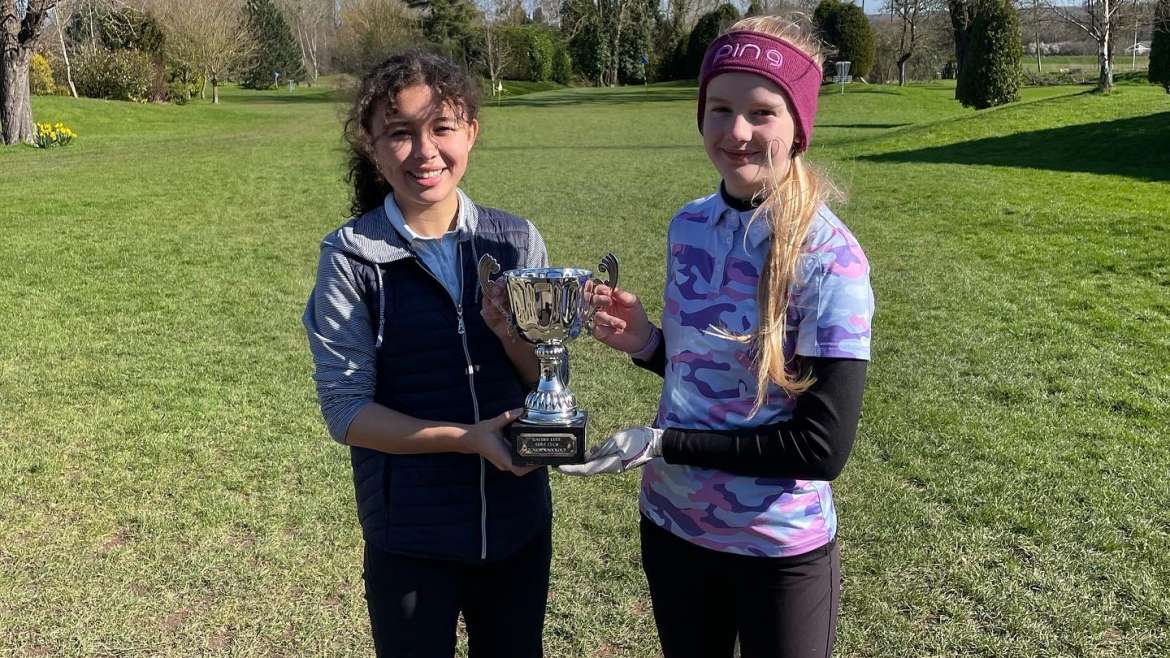 The first junior trophy event of the year is the Junior Pairs knockout on the Par 3 Hadzor course, which was played on Saturday 19th March 2022.

7 junior pairs battled out a first-round eliminator, to leave the 4 lowest scoring pairs to play out the final two rounds, in a match play format to decide the winner.  Harry Evans and Mark Hewlett Jnr breezed through the first-round eliminator with a combined better ball net score of 23 (4 under), with Maisie Whittall and Sydney Blanchenot next with 26, Ben Lazenby and Nathan Wood also on 26 (3rd on countback), and Alex Perry and Ed Perry taking the final semi-final spot (also on countback), with 27 shots (level par).

The second semi final saw Maisie and Sydney vs Ben and Nathan. The girls went ahead early in the match where on the 4th hole Maisie pitched her tee-shot 3 feet over the flag, spinning back into the cup for a hole-in-one!  The girls continued to apply the pressure to go dormie 2 up, however Ben and Nathan fought back to win the 8th and 9th holes to finish the match all-square.  The pairs continued their close battle through 7 further sudden-death playoff holes, where a decisive birdie by Sydney separated the two teams to take the girls through to the final. 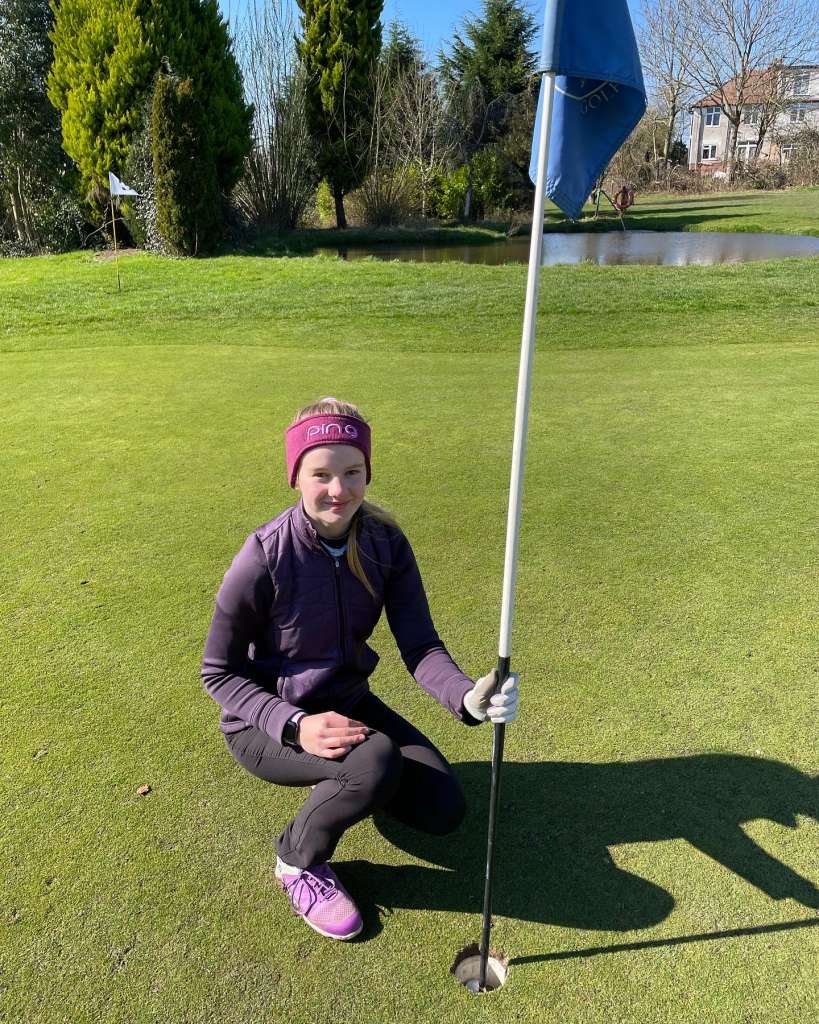 The final between Harry and Mark vs Maisie and Sydney was also extremely close. Holes halved in gross birdies and pars was difficult to separate the pairings, but on the 5th hole Sydney hit an amazing tee shot right at the flagstick, the ball pitched 4” short of the hole, popped up and dropped into the cup for the pair’s second hole-in-one of the day! This took the girls 1up in the match; a lead which they managed to hold onto through to the 9th hole where Maisie and Harry halved the final hole with pars, leaving the girls winners by 1up! 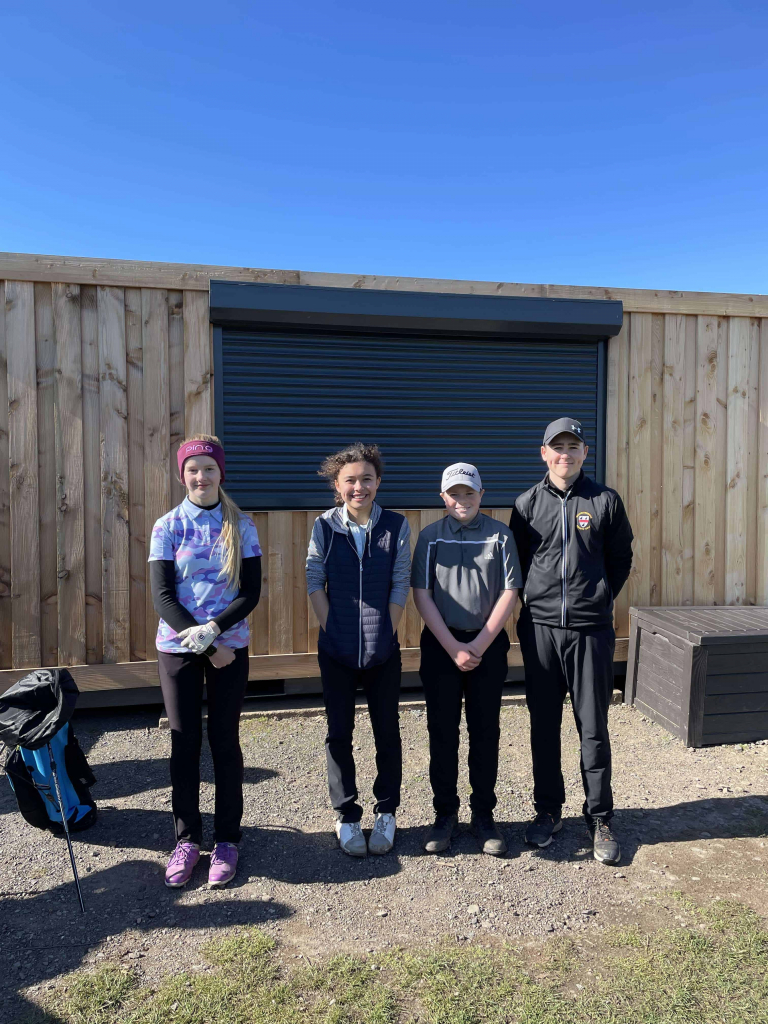 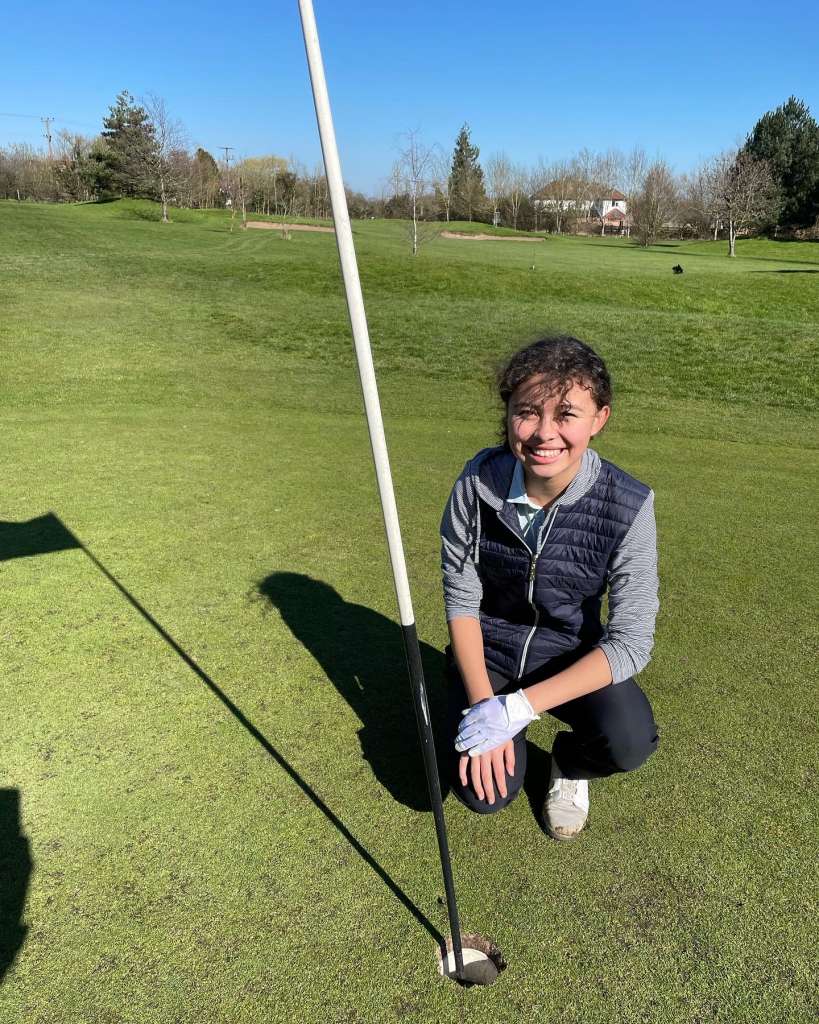 Congratulations to Maisie and Sydney, 2022 winners of the Junior Pairs Knockout. 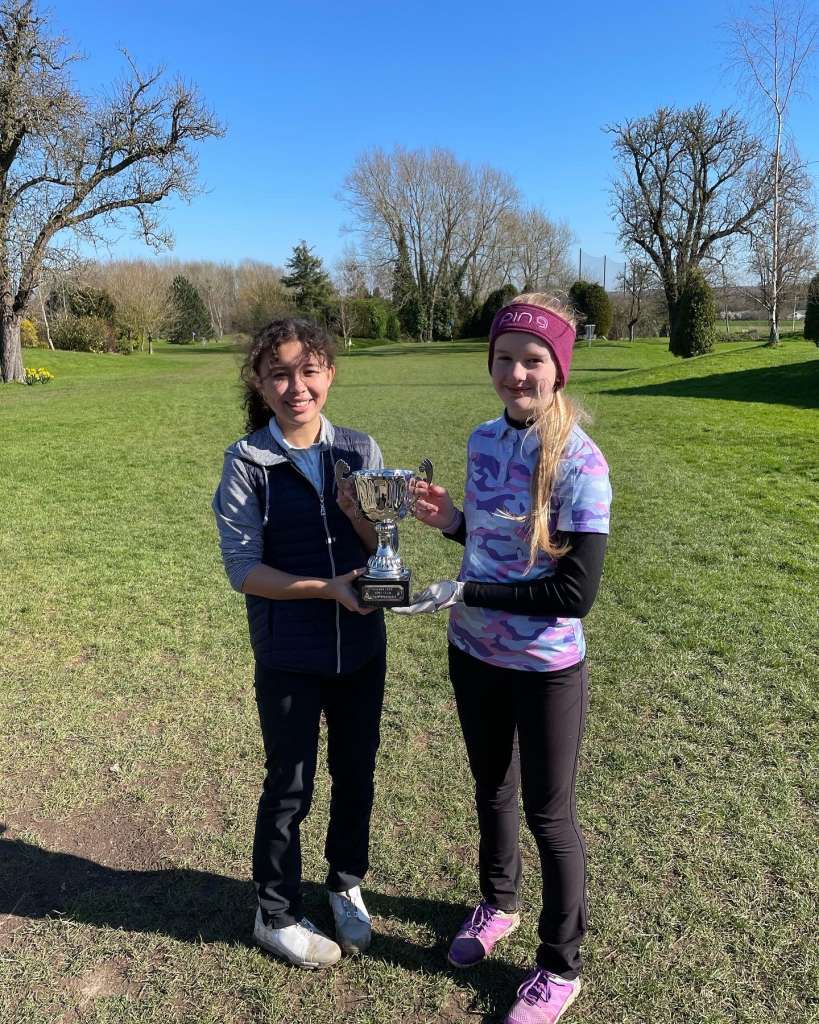 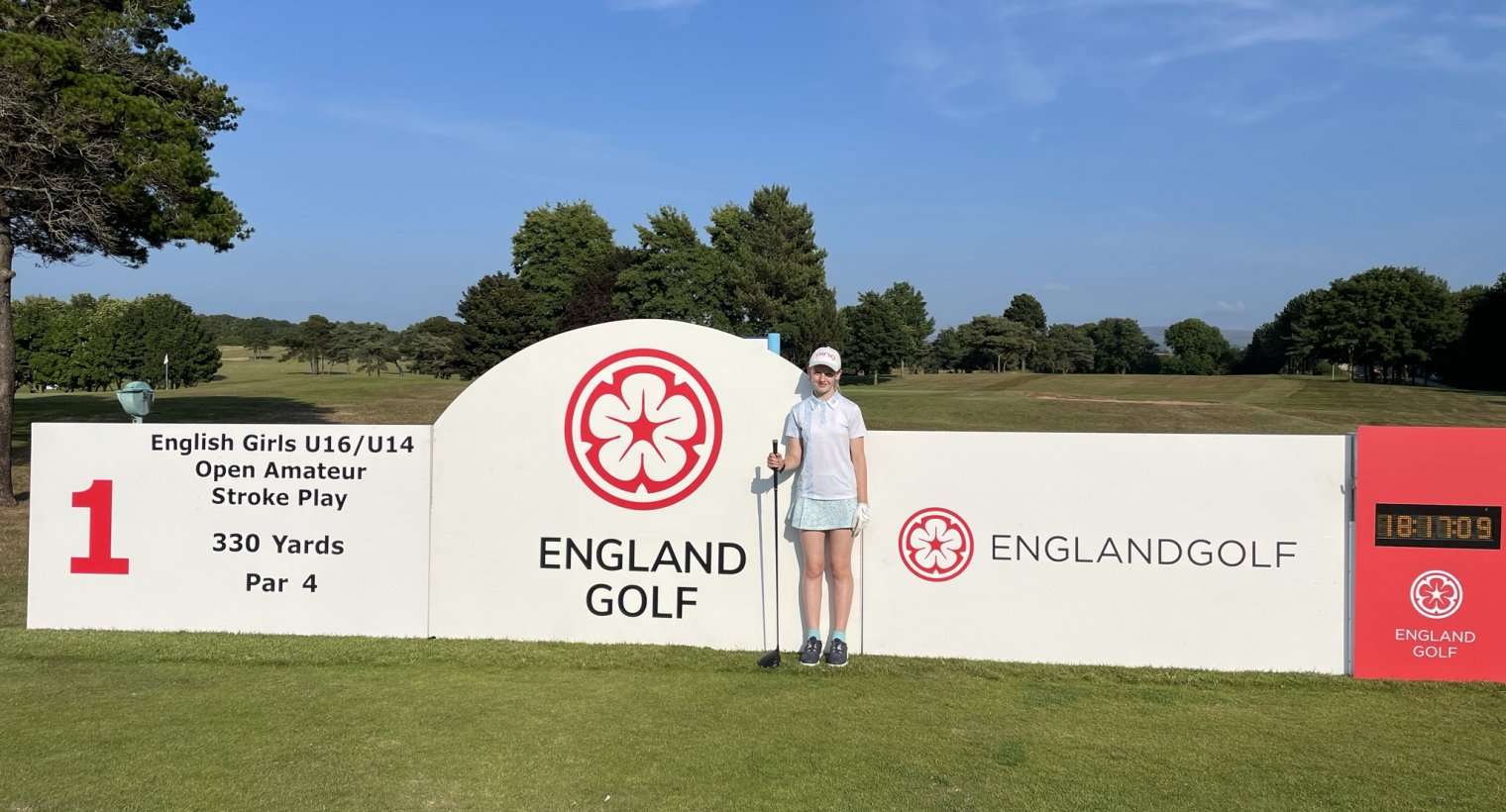 Maisie Battles To The Win 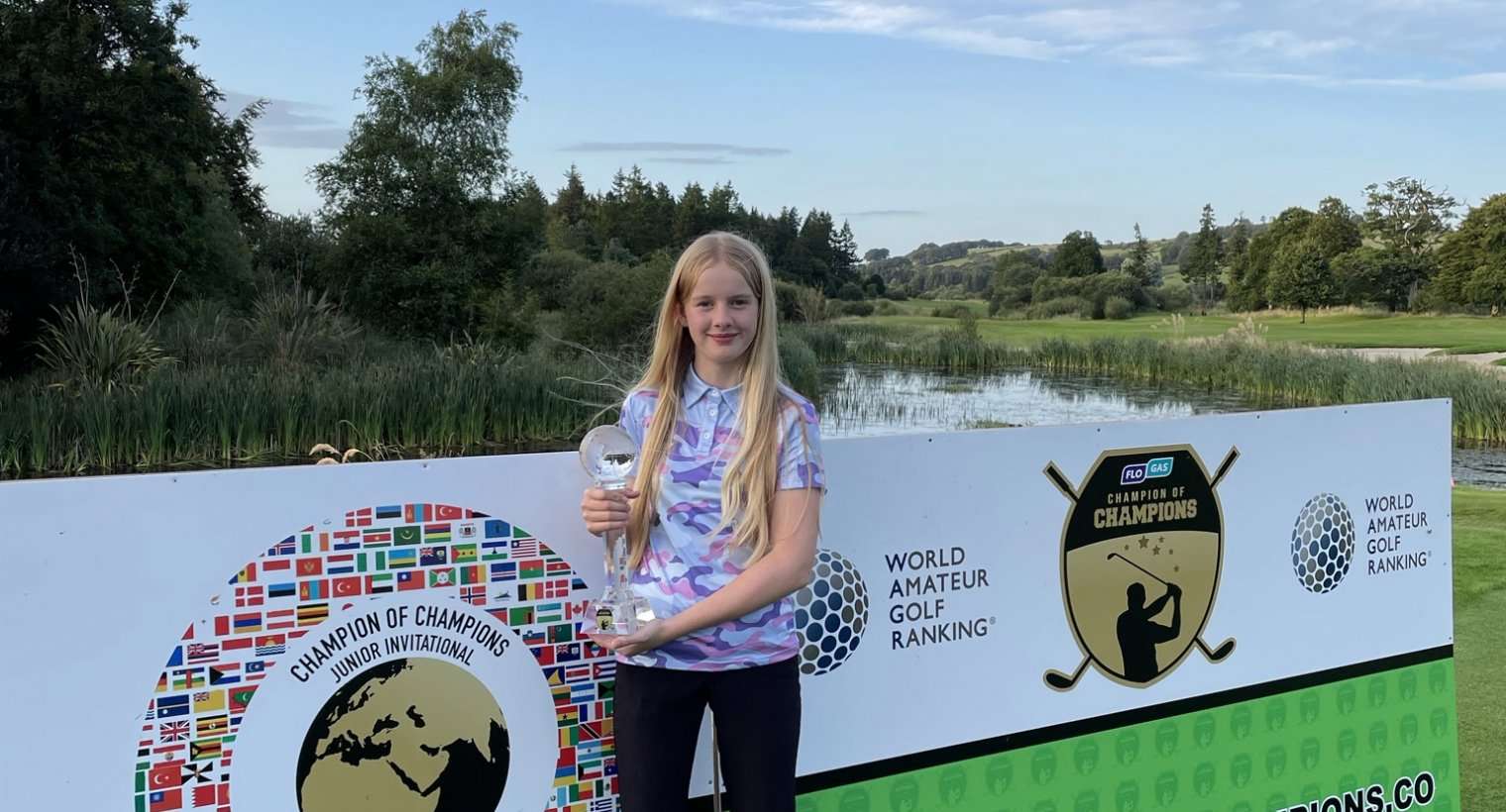